In the plant nitrogen and sulphur are both essential building blocks for proteins. Sulphur deficiency will severely reduce the efficient use of nitrogen and limit protein synthesis. Since industrialization a lot of soil sulphur came from sulphur dioxide in air pollution (from burning fossil fuels). Declining emissions are reducing this source of atmospheric sulphur making balanced fertilizer application even more important.

Sulphur can only be taken up by plants from the soil solution as sulphate. As with readily-available nitrate, it can be liable to loss through leaching. Spring application of sulphate fertilizer is therefore recommended so that the plant can take it up during the period of active growth, as with nitrate. Sulphur is required together with nitrogen for the formation of proteins and uptake timings are similar. While sulphate fertilizer is immediately available to the crop, applications of elemental sulphur must be converted to sulphate by bacterial activity in the soil before it becomes available. The time taken for this oxidation is unpredictable and may take many months, so the sulphate required by the crop may not be available when needed.

Sulphur is required for many growth functions in plants – like nitrogen it is principally an essential constituent of protein. There is therefore a close relationship between the quantities of nitrogen and sulphur in crops, with most taking up about 1kg of sulphur (2.5kg SO3) for every 12kg of nitrogen.

SO3 UPTAKES BY WHEAT, POTATO AND CABBAGE DURING THE GROWING SEASON Brassica crops, such as oilseed rape, cabbage and kale, require much more sulphate. They need extra sulphur for the production of glucosinolates, which are used within the plants as a defense mechanism.

Once taken up, unlike nitrogen, sulphur does not move against the transpiration stream and cannot be taken from older leaves, for example, to support new growth. So a sufficient and continuous supply is needed in the soil to satisfy all the needs of the growing crop.

Signs of deficiency include the yellowing of young leaves or new growth. By contrast, yellowing from nitrogen deficiency affects the older leaves first.

The risk of sulphur deficiency can increase in countries where levels of atmospheric sulphur - from air pollution through fossil fuel combustion - decline. The US and EU have seen sulphur dioxide emissions drop rapidly. According to the Earth Observatory (which shares data from NASA research) even in Asia, the region of the world where most sulphur dioxide is produced, there are reductions in atmospheric sulphur. Emissions of sulphur dioxide in China during two periods in the first two decades of this century show a steady decline in air pollution which, as in other post-industrialized regions of the world, will have resulted in less sulphur reaching the soil. 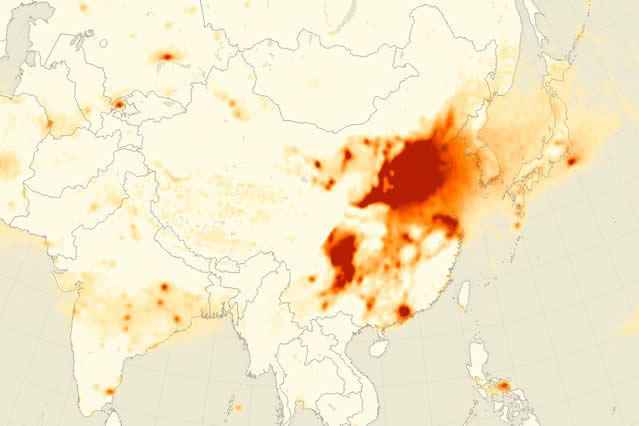